Is a Secretary ever just that?

Get ready for a roller coaster of a read!  When the opportunity came up to review Catherine Hokin’s book, The Secretary, I jumped at it.  I read The Lost Mother (read the review here), I just knew that I wanted more from this author.

The Secretary was so much more.  A grandmother and granddaughter, think alike, but they are living under two different regimes.  Magda is a secretary looking for work in the 1930s in Berlin and Nina is a school-girl in the seventies in East Germany.  Neither agrees with a system that represses people.  The similarities in their situations and temperament are artfully woven into a heartbreaking story than spans decades, and twists and turns with cleverly drawn characters and an old tower house at the centre of it all. The book really highlights the choices we have in life when we think we have no choices at all.  The cost of loyalty could be your life, but Nina and Magda, each in their own time feel like they have no choice but to try. I grew up in the seventies and eighties and clearly remember learning about the iron curtain and the Berlin Wall, but most of what we knew was from the West.  This book artfully explores the other side of the wall, and another side of the story told to those behind it who learnt of the atrocities of the holocaust but in a different way. I read to relax, I read to escape, but I also read to learn.  Catherine Hokin’s books offer all that and more, with every page and every line rich in descriptive language that draws you right in.

The Tower House. Down a secluded path, hidden by overgrown vines, the crumbling villa echoes with memories. Of the family who laughed and sang there, until the Nazis tore them from their home. And of the next woman to walk its empty rooms, whose courage in the face of evil could alter the course of history… Germany 1940. As secretary to the leader of the SS, Magda spends her days sending party invitations to high-ranking Nazis, and her evenings distributing pamphlets for the resistance. But Magda is leading a dangerous double life, smuggling secrets out of the office. It’s a deadly game, and eventual exposure is a certainty, but Magda is driven by a need to keep the man she secretly loves safe as he fights against the Nazis… Forty years later. Nina’s heart pounds as she steps into an uncertain future carrying a forged passport, a few bank notes, and a scribbled address for The Tower House taken from an intricate drawing she found hidden in her grandmother’s wardrobe. Separated from her family and betrayed by her country, Nina’s last hope is to trace her family’s history in the ruins of the past her grandmother ran from. But, when she finally finds the abandoned house, she opens the door to a forgotten story, and to secrets which will change everything: past, present, and future… A poignant and gripping novel about bravery, loss and redemption during the Second World War. An unputdownable read for fans of The Tattooist of Auschwitz, We Were the Lucky Ones and The Alice Network.

Catherine Hokin is the author of two World War Two inspired novels set in Berlin, her favourite city. Following a History degree at Manchester University she worked in teaching, marketing and politics, while waiting for a chance to do what she really wanted which was to write full time. Her short stories have been published by iScot, Writers Forum and Myslexia magazines and she was the winner of the 2019 Fiction 500 Short Story Competition. She is a lover of strong female leads and a quest. Catherine now lives in Glasgow with her American husband. She has two grown-up children – one of whom lives, very conveniently, in Berlin – and a life long addiction to very loud music. Treat yourself to a great read. Amazon Thank you for reading and I hope you are enjoying my reviews. I really love loosing myself in a good book.
I have started a book club on Facebook and if you are interested in joining we would love to have you with us. This link is here. Kerry x

book reviewshistorical novels
Prev post This book stole my heart and made me paint!
References Would you be happy inside- forever? 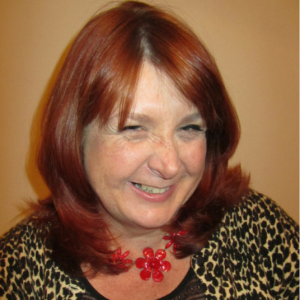 Is it safer to choose to be locked away?